Diamondback Bicycles announces the addition of up and coming triathlete, Rachel McBride, to its athlete roster for 2015. A relative newcomer to the triathlon world, Diamondback has already made considerable waves this season with the introduction of its first tri bike, the Serios, as well as partnering with the popular Wildflower Triathlon event.


2015 marks McBride’s fifth year competing, and her first race of the season will be at the Wildflower Triathlon, May 2 in Lake San Antonio, California. McBride will be riding the Diamondback Serios AF and will be working closely with the Diamondback team in the wind tunnel to ensure that she will be as fast as possible. 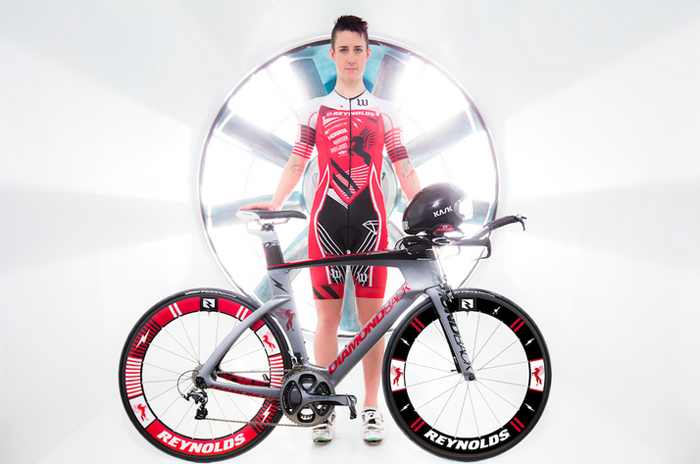 “After creating the Serios, we wanted to find not only a great triathlete, but one who would rip on a bike and show the capability of the Serios,” said Steve Westover, Marketing Director at Diamondback Bicycles. “When we were looking around, we saw this up and coming triathlete and we were blown away by her impressive amount of podiums, fastest splits on the bike and course records. Signing Rachel was an easy choice and we are excited to see how our partnership will make her faster – at least on the bike.”

“I’m proud to be riding with the Diamondback team starting this year,” said McBride. “I had the amazing opportunity to see real data in the wind tunnel showing the awesome aerodynamic design of the Serios AF. I feel really confident going into this season knowing my bike is the fastest setup I’ve ever competed on.”

For more on Rachel McBride – http://www.rachelmcbride.com

For more on the Diamondback Serios AF bike - http://www.diamondback.com/bikes-pavement-triathlon-tt-serios-af

For more on Diamondback Bicycles - http://www.diamondback.com