The Ride BMX NORA Cup Awards are landing back in Las Vegas, NV, with winners of BMX’s highest honor to be announced and awarded on Thursday September 17, 2015 at The Fremont Country Club in Old Town Las Vegas. 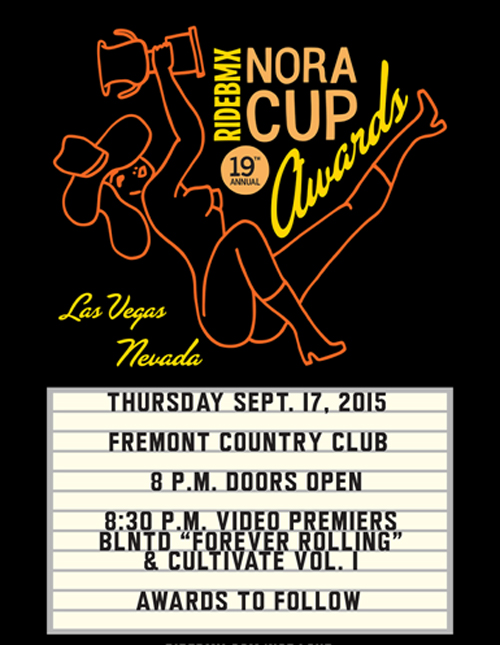 Voting is now open for the prestigious Ride BMX Readers’ Choice - Rider Of The Year Award, so be sure to follow the link and cast your vote today!

Be sure to stay tuned to ridebmx.com to keep up-to-date on all BMX news and information. To subscribe to TRANSWORLD Ride BMX, go online to bmx.transworld.net/subscribe.