A new offroad-centric website rolled onto the dirt bike web in November of 2015 with a goal to create a new level of excitement in the offroad motorcycle racing and riding scene. DirtBuzz.com is an attempt to put a fresh spin on the offroad racing and riding scene; to take things a little less serious, have fun and a sense of humor; while at the same time not being afraid to ask the tough questions. Dirt Buzz wants to help promote the offroad community the best that it can; to promote the racers out there that put their heart and soul into the dream of making it. Ultimately the goal is to get people excited about the various forms of offroad motorcycle racing and riding through creative and fresh content. So whether it’s offroad racing, trail riding with friends, long distance adventure travel, or the Dakar Rally—it’s all offroad and it will all be featured on Dirt Buzz. If you love offroad, bookmark DirtBuzz.com. 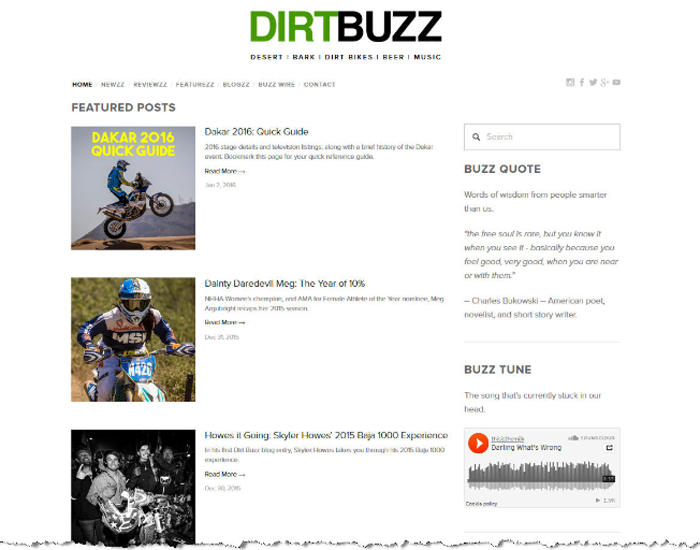