Through four rounds of action, AMSOIL Arenacross' Motocross, More Intense mantra has been extremely evident in 2016 with one of the most competitive starts to a season in history. Through five races, there have been four different overall winners in the Arenacross Class and four different riders that have claimed at least one Main Event win. This weekend, AMSOIL Arenacross will make a historic three-night visit to Colorado Springs, Colorado's Broadmoor World Arena for the fifth round of the championship. The action will kick off on Thursday, February 4, and continue through Saturday, February 6, with the second annual Military Appreciation Race, featuring "Rivalry Night" between the Army and Air Force installments based in "The Springs" area. 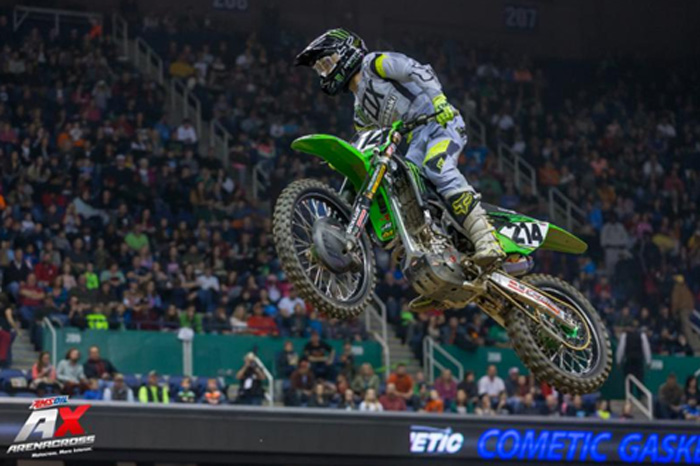 Last weekend in Greensboro, North Carolina, proved to be a showcase of one of the sport's most promising young stars. Monster Energy/Pro Circuit/Kawasaki's Austin Forkner became just the second Ricky Carmichael's Road to Supercross rider to win an Arenacross Class overall, doing so in emphatic fashion. Forkner became just the second rider this season to sweep each Main Event, and capped off his breakthrough evening by grabbing the holeshot and leading all 15 laps of the final Main Event. Forkner earned a fifth-place finish in his AMSOIL Arenacross debut the week prior and put himself in a position to win every time he took to the track at the Greensboro Coliseum. He became the fourth different overall winner this season, ending the three-race winning streak by Team Babbitt's/Monster Energy/AMSOIL Kawasaki.

Although the three-rider Team Babbitt's squad of Chris Blose, Gavin Faith and Jacob Hayes missed out on another win, it still put a rider on the overall podium with Faith finishing third. His finish combined with fifth and ninth-place efforts from Hayes and Blose, respectively, have tightened the early season title fight and possession of the points lead has now shifted heading into Colorado Springs.

Blose entered last weekend's race with a five-point lead over Hayes. However, misfortune struck for the points leader en route to 11-7 Main Event finishes that left him off the overall podium for the first time this season. Hayes had high hopes in the return to his hometown and the site of his first career overall win in AMSOIL Arenacross, and he too had to fight valiantly for his results and secure a spot in the top five. That finish gave Hayes the edge he needed to overtake Blose in the championship standings and four points now separate the two teammates heading into Colorado Springs. Moreover, Faith's podium finish allowed him to close considerable ground on his teammates and as a result, he is just five points behind Hayes for the championship lead. Hayes' move to the top of the standings also means that each of the Team Babbitt's riders have now held the red number plate as the points leader for at least one race. 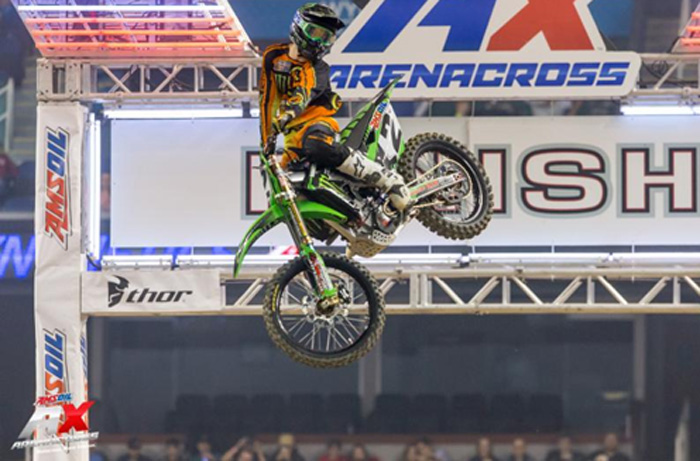 In the midst of Forkner's landmark win, the reigning AMSOIL Arenacross Champion also enjoyed his best race of the 2016 season. Rockstar Energy Drink Husqvarna Factory Racing presented by FMC and OTSFF rider Kyle Regal has been one of the fastest riders throughout the early part of the season, but his results have not been an indicator of how competitive he's been, and is ultimately a testament to the enhanced competition in AMSOIL Arenacross this season. In Greensboro Regal seized the opportunity to run up front in both Main Events and posted 4-2 finishes to land second overall, his best finish of the year. The strong result is sure to boost Regal's confidence and give him some momentum heading into Colorado Springs as he chases his first win as champion. Last season the World Arena was the site of Regal's first overall win, which ultimately vaulted him to the title.

Colorado Springs will mark the beginning of the Western Regional Arenacross Lites Class Championship, which will consist of six rounds and 10 races en route to crowning a champion.

In the Eastern Regional Arenacross Lites Class Championship the first repeat winner of the season emerged in Greensboro after four different winners through the first four races. Championship leader Daniel Herrlein not only earned his second Main Event win and extended his points lead, the A&Y Racing Honda rider also broke the trend in the division in which each of the previous winners led all 15 laps of the Main Event. Herrlein started second and needed a couple laps to get around Woodstock/TZR KTM's Cody VanBuskirk before ultimately pulling away for victory. With the win, Herrlein moved to an impressive 30-point advantage over the field as he continues his march to a first career title. 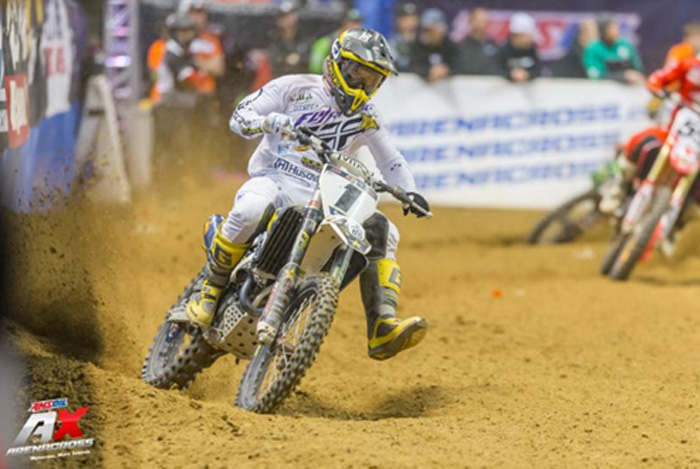 Defending champ Regal is in search of another win in Colorado Springs this weekend. Photo: ShiftOne Photography