ElliptiGO elliptical bicycles are the cross-training tool of choice for scores of elite runners participating in the 2016 Olympic Marathon Trials held in Los Angeles on Feb. 13. This year, nearly 80 runners – 56 women and 22 men – racing in the trials use ElliptiGO bikes to build strength and aerobic capacity, and to reduce or recovery from injuries. In addition to individuals, top clubs, such as Hudson Elite and New Balance Boston, encourage and provide their athletes ElliptiGO bikes for training. 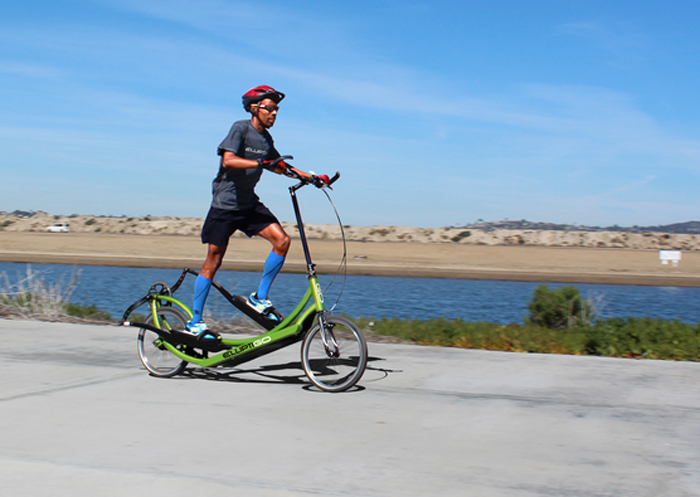 Top athletes to watch for include Meb Keflezighi, the 2004 Olympic silver medalist who will compete for one of the three slots open on the men’s team. Keflezighi finished fourth in the 2012 Olympics, and he is the only runner in history to have won an Olympic medal, the New York City Marathon (2009) and Boston Marathon (2014). Even at age 40, he is a favorite to make his fourth Olympic team.

“I always say age is just a number, but I do have to modify my training now and that’s where ElliptiGO has been a great asset to me,” said Keflezighi. “If you can stay consistent and healthy, you will perform. Since there’s no impact on the ElliptiGO, I use it for extra mileage and integrate it into my training. I don’t wait until I get injured to get on it. The results speak for themselves.”

In the women’s race, 32-year-old Sara Hall is a top threat for one of the coveted spots. Hall ran 2:31:14 in the 2015 Chicago Marathon and recently showed her speed at the Houston Half Marathon, coming in as the first American woman and recording a personal best of 1:10:07.

Other top contenders in the men’s race who integrate ElliptiGO bikes into their training include:

Other top female contenders who use ElliptiGO bikes include: