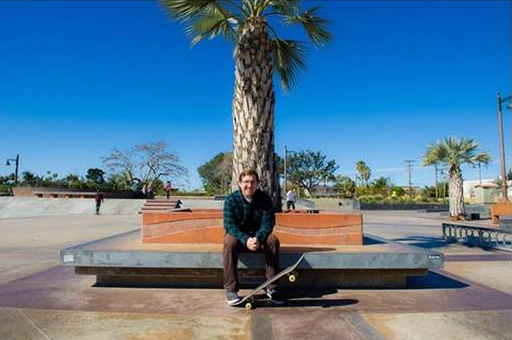 The International Association of Skateboard Companies (IASC) is proud to announce it has promoted Director of Research, Thomas Barker, to the role of Executive Director.

Barker will take over the position from former Executive Director Josh Freidberg, who served as executive director from 2011 through 2015.

Barker is a lifelong skateboarder and self-proclaimed industry rat. He wrote a business plan when he was 11 years old that inspired his parents – who owned Eagle Creek brand – to start Clive Backpacks. After Clive, he went on to work in the marketing, team and promotions department at Black Box Distribution. Barker then took the opportunity to go back to school, earning his Professional Certificates in Non-Profit Business Management and Fundraising and Development. He saw the potential that non-profits had to elevate the growth and success of the skateboarding industry, so began leading the effort to get the newly opened Encinitas Skatepark aka “Poods Park” built. He’s also worked for the Tony Hawk Foundation and is the lead volunteer for the San Diego-based non-profit, Rollin’ From The Heart, which provides at-risk youth with opportunities to skateboard.

“I am honored to be named executive director and be given the opportunity to have an influence on an activity and industry I care so much about,” Barker said. “For the group of individuals we have on our board to look to me to carry on the tradition of this 20-year-old organization is humbling. It gives me energy and enthusiasm to help tackle the challenges and opportunities facing the modern skateboard industry. Right now I am diving into to making this year’s IASC Skateboarding Summit on May 11 through 13 in Anaheim the best one yet!”

“What Josh has been able to accomplish during his tenure is nothing short of remarkable,” said Don Brown, IASC’s Chairman of the Board. “He has built two crucial components of our mission into initiatives that will continue for years to come.”

“We were excited to bring Thomas Barker on board, first as the Director of Research over the past year and now as the Executive Director. He brings energy and passion for skateboarding that is infectious in any room he is in,” Brown said. “Not only is he a lifelong skateboarder and industry member, but he brings his background in non-profit leadership, which will help IASC in the years ahead. The Board of Directors is excited to see what he is able to accomplish in his new role.”