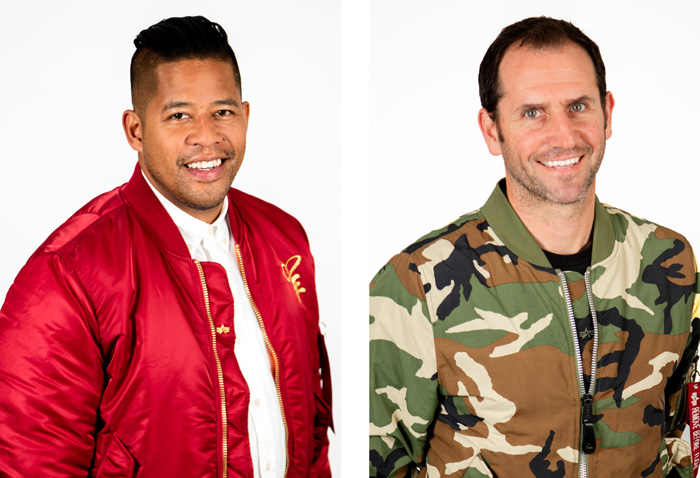 American heritage outerwear brand Alpha Industries announces changes to its executive team with the additions of Colin Israel as Chief Operating Officer/Chief Financial Officer and Matthew Pantoja as Vice President of Global Marketing effective immediately. These recent additions to the leadership are pivotal to the growth of Alpha Industries as a global brand within the fashion lifestyle category. Both will report to CEO, Mike Cirker and will be based out of Alpha Industries’ headquarters.

“We are happy to have both Colin and Matthew on board and look forward to continuing the momentum the brand currently has within the market.  I am confident that with these two new appointments Alpha Industries will continue to be positioned as a global leader when it comes to military-inspired fashion,” said Mike Cirker, CEO of Alpha Industries.

In his new role as Alpha Industries’ COO/CFO, Colin Israel, brings more than 20 years of experience and will oversee both the finance and operations sectors of the brand. Previous to joining Alpha Industries, Israel worked at Black Diamond Equipment as Managing Director for Asia with responsibilities that included running factories, warehouse and distribution centers as well as customer service. Prior to Black Diamond, Israel was the CIO at lifestyle brand, Volcom, handling global applications and IT operations encompassing data centers in North America, Europe, Australia and Japan. Israel spent nine years at Deloitte in both Strategy Consulting and Enterprise Risk Services handling corporate brands including Johnson & Johnson, Toyota, Google and Apple.

“I see an incredible opportunity in front of me at Alpha Industries,” says Israel. “I’m looking forward to working with such a respected brand and team. There is a lot coming down the pipeline, and I see infinite potential to what we can do in the future.”

Matthew Pantoja joins the Alpha Industries team with more than 15 years of marketing experience in the streetwear and lifestyle space. Most recently, Pantoja served as Senior Director of Marketing for Palladium, expanding the brand’s growth globally. Before that he held the role of Head of Entertainment for Reebok, leading the brand’s celebrity and influencer strategy. Prior to Reebok, Pantoja managed the urban business at New Era Cap, where he fostered collaborations with the world’s best streetwear brands, helping to almost double the business during his tenure. He also worked with youth marketing agency Buzztone managing brands such as Royal Elastics, Coca-Cola and Bacardi and held a three-year stint at Triple Five Soul as Marketing Director.

“I’m very excited and humbled to be a part of the Alpha Industries’ family,” said Pantoja. “I’m a huge fan of what Mike and the team have accomplished, and I look forward to adding a new perspective and working with this awesome crew in continuing to push the brand forward and put an even larger imprint in the fashion industry.”

In their new roles, both Israel and Pantoja will help position Alpha Industries and shift the brand into the next stage of growth, in collaboration with the existing team of talent at the company. These new hires, in addition to the recent expansion of the sales force, are part of Alpha Industries’ continued growth strategy for the business.