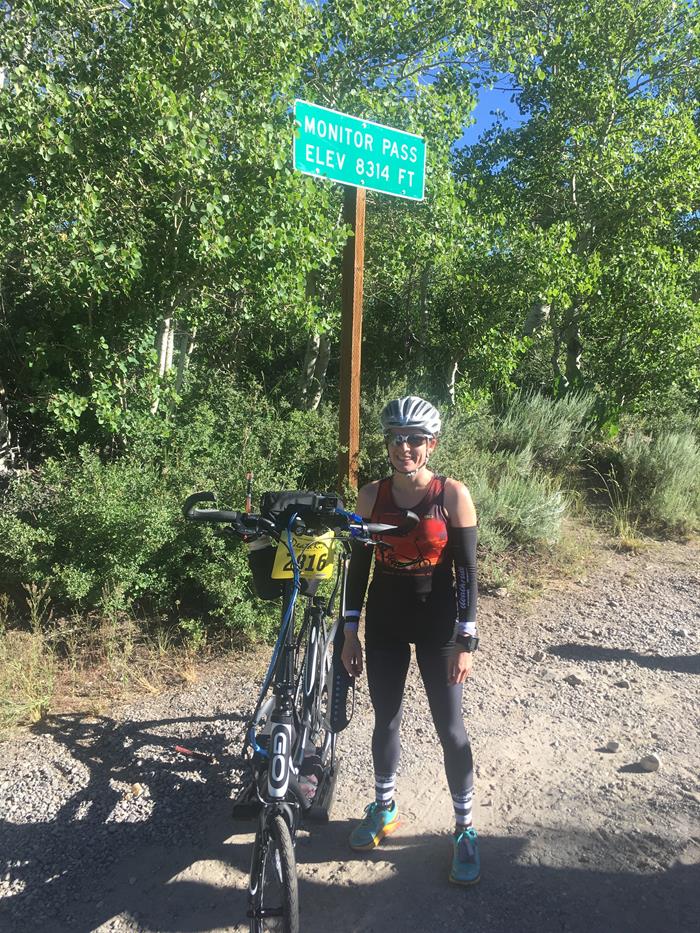 In 2009, ElliptiGO co-founders Bryan Pate and Brent Teal proved the viability of the elliptical bicycle by completing The Death Ride – a 129-mile odyssey across five mountain passes that includes more than 15,000 feet of climbing. This past weekend, Phoenix-based physical therapist Anna Thatcher completed the ordeal on her ElliptiGO elliptical bicycle, making it seven years in a row that an elliptical bike rider has finished all five passes of The Death Ride.

Thatcher approached the event with heightened determination after having to stop one pass short last year. It took her around 15 hours to redeem herself by completing the five-pass course this year. A former runner and competitive gymnast, Thatcher turned to elliptical cycling several years ago after having undergone three hip surgeries. Elliptical cycling has gained momentum in recent years as a low-impact alternative to running for people from all walks of life and has been compared to “running on air.”

Hosted by the Alpine County Chamber of Commerce, the 36th Annual Death Ride had over 3,000 riders this year and is known as one of the toughest cycling events in the United States. The five-pass route includes both sides of 8,314-foot high Monitor Pass, both sides of 8,730-foot high Ebbetts Pass and a long slog up 8,573-foot high Carson pass. Last year, of the 3,000+ riders to participate, only approximately 1,700 riders completed all five passes, including ten of the 13 ElliptiGO riders who took on the challenge.

“The Death Ride is the real deal. We chose to attempt it on our elliptical bike prototypes back in 2009 to demonstrate the capability of this new concept. The bottom line is, if you can complete The Death Ride, you can pretty much do any event in the world. It’s that extreme. What we didn’t expect is that so many other elliptical bike riders would be inspired to take on the challenge themselves. We’re thrilled that an ElliptiGO rider has completed each of the past seven Death Rides. There aren’t very many bike brands that can claim that.” said Bryan Pate, co-founder and CEO of ElliptiGO.

“I was so close last year, I knew this year I had to pace myself better. I felt physically and mentally strong enough, but you never know what will happen with the altitude. The weather was perfect much of the day, but brutal winds kicked up near the end. They were enough to keep me from GOing in a straight line at times up the last pass!” said Thatcher.