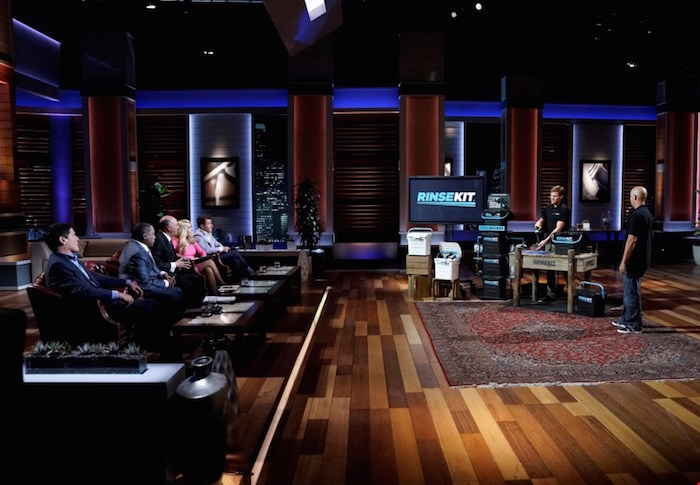 RinseKit, the innovative, portable pressurized shower system, is poised to continue its significant growth trajectory as they take the stage on ABC’s popular, Emmy-Award winning “Shark Tank” program. Showcasing their revolutionary, versatile shower system in front of five of the world’s top investors and business powers, the RinseKit team will have the opportunity to elevate its brand in front of a national audience. The segment will air on “Shark Tank,” FRIDAY, FEBRUARY 3 (9:00-10:01 p.m. EST), on the ABC Television Network.

“Having the once-in-a-lifetime chance to appear on Shark Tank, and in front of such a savvy group of business experts, comes at a time when RinseKit is perfectly positioned for explosive growth,” said Chris Crawford, RinseKit Founder. “We’re extremely proud of what we’ve built, and it’s great to see how well the product is performing for so many people in a variety of markets – and we see a lot of potential for continued success in 2017.”

Launched in January 2015, RinseKit has tripled its volume and business over the last two years. But, the idea spawned back in 2003, when Crawford was 19-years-old and making a living as the owner of a custom pool service business in southern California. A dedicated surfer and outdoor enthusiast since his childhood growing up in San Diego, the RinseKit concept dawned on Crawford after returning to work from surf sessions dry and salty one too many times. Using his knowledge from his work experiences, at age 27 Crawford created the first RinseKit prototype – made from oversized PVC piping and odd parts he scavenged from his pool job sites.

Fast-forward to present day, the product has greatly evolved and entrepreneur Crawford and his talented RinseKit team have landed on “Shark Tank” with a game-changing creation. Available at more than 1,500 retail locations in 21 countries, to-day’s RinseKit is a self-contained, portable, pressurized shower system. The two-gallon reservoir quickly fills from any standard spigot or faucet and stores pressurized water for use at any time. Different spray settings allow users to rinse themselves off, or their pets, or their gear to keep them clear of dirt and grime, staying fresh and clean on-the-go.

Since its launch, RinseKit’s uniqueness and versatility has garnered them significant media coverage, awards, and brand exposure. RinseKit has won numerous awards and accolades at a variety of industry tradeshows, including National Geographic Adventure’s “Gear of the Year” in 2015 and “Gear of the Show” from Outside Magazine at Outdoor Retailer. The brand has also appeared on major news outlets such as NBC’s Today Show, CBS News, and Bloomberg Business.

“It’s beyond exciting to get to tell our story to the Sharks,” said Crawford. “I think they will be impressed when they see our product and how well it has resonated with consumers thus far. And, if they see the same amount of potential in the product as we do, I think chances are we will make a deal.” 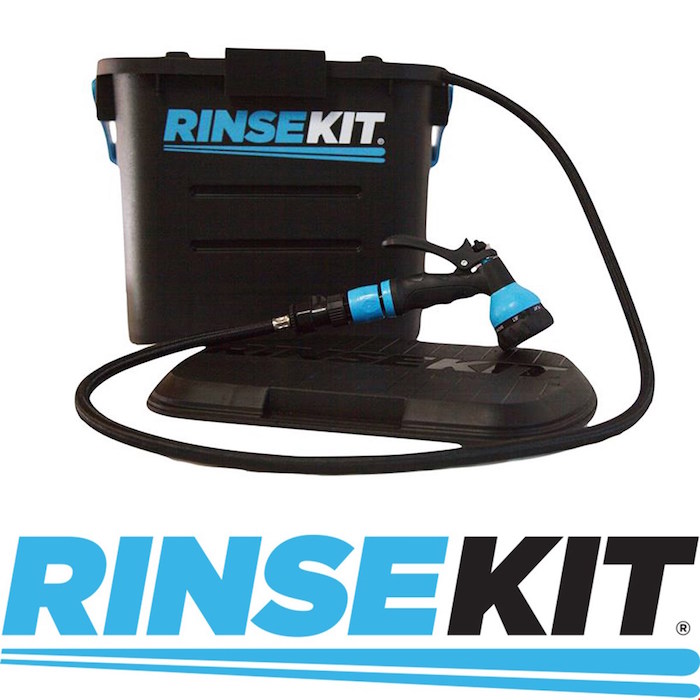 Born from the need for a better way to rinse sand and salt off surfboards and wet-suits, RinseKit has evolved into a product with a wide range of uses. Whether at the beach, trailhead, campsite, dock or dog park, RinseKit provides an easy, portable and pressurized way for adventurers to keep themselves, their gear and their pets clean. The RinseKit team shares a passion for the outdoors and is committed to creating innovative products for active consumers. For more information about RinseKit visit www.rinsekit.com.